Al-Hajj Reche Tariq Abdul-Haqq is an American Muslim who promotes interfaith and intercultural understanding. He is a leadership consultant with extensive business experience in the pharmaceuticals industry. Tariq graduated from Duke University with a BA degree in History.  He joined Islamic Speakers Bureau in 2015 and was honored with the ISB Speaker of the Year Award in 2017. He is a devoted father and husband in a loving family and he volunteers with several charitable causes. Favorite quote: “It is better to aim high and fail than to succeed at a lower level” – Omega Psi Phi Fraternity. Daily mantra: “Don’t count the days; make the days count!” – Muhammad Ali. 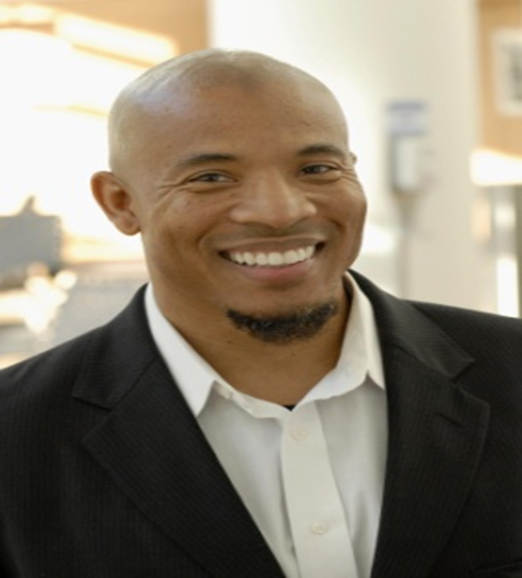 Amin Tomeh is a long-time speaker, trainer, and board member of ISB Atlanta. In 2009, he was named Speaker of the Year and in 2014 was named one of the 100 Influential Georgia Muslims. He is a founding member and trainer of the Interfaith Speakers Network (ISN). In 2016, Amin was recognized as a Daily Point of Light for his ISB Work.He is a registered Professional Engineer, a certified Project Management Professional, and was granted the Diplomat in Geotechnical Engineering (D. GE) Certification by the Academy of Geo-Professionals in 2015. 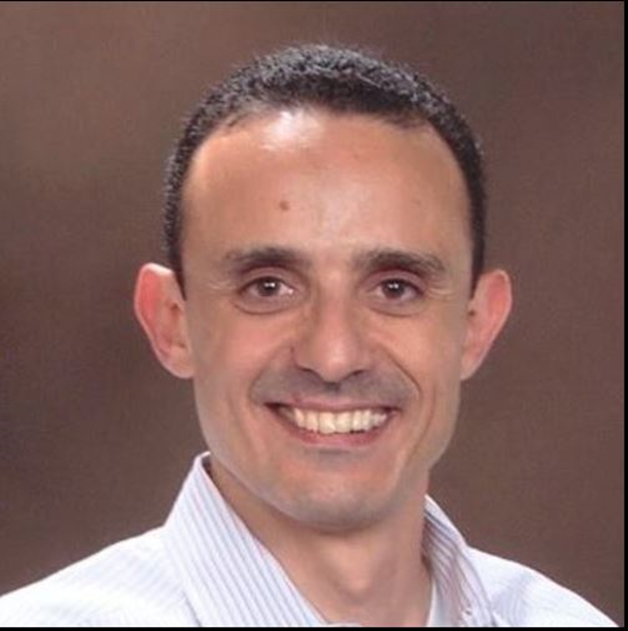 Basma Elashker is married to Emad Hamid, and they are blessed with 3 children and 3 grandchildren. She was born in Moscow and raised in her native Egypt.
Basma earned a B.S. degree with honors in Allied Health Psychology from Brenau University in Gainesville, GA. She worked as an Arabic teacher for 10 years until she resigned in order to host and care for her late mother who had special needs. She is a volunteer ISB Speaker and enjoys interior design, reading and writing. 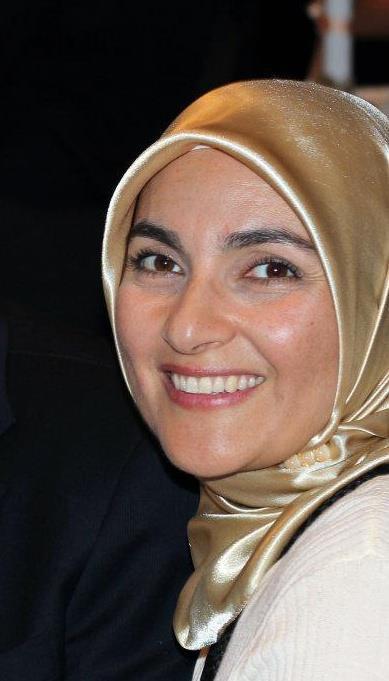 Benjamin Kweskin is proudly the only Jewish member of the Islamic Speakers Bureau in Atlanta. Kweskin works towards bringing together Jewish and Muslim communities and has been researching, writing, traveling, and presenting his work throughout the world for two decades. He has traveled extensively throughout the Middle East and North Africa and lived in Israel/Palestine and the Kurdistan Region of Northern Iraq. With Ph.D coursework in Political Science/Middle East Studies, Kweskin and was a professor at GA State Univ. He remains dedicated to impressing Metro Atlanta community the necessity for Jewish-Muslim relations and seeks to show that Islamophobia and anti-Semitism are two different sides of the same coin. He speaks Hebrew, Arabic, and Kurdish at various levels. 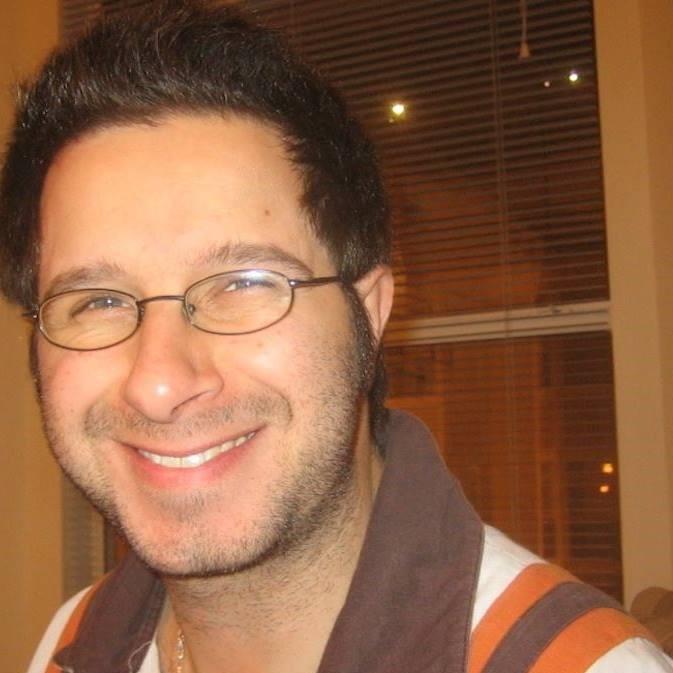 Emad S. Hamid is married to Basma Elashker, and they are blessed with 3 children and 3 grandchildren. He was born and raised in Boston, then lived in his native Egypt from fourth grade through high school.
Emad earned a B.S. in Information Systems Management from the University of Maryland and an M.S. in Technology Management from Mercer University. He works as an IT Manager at Mar-Jac Poultry in Gainesville, GA and enjoys volunteering with youth groups and in ISB speaking engagements. 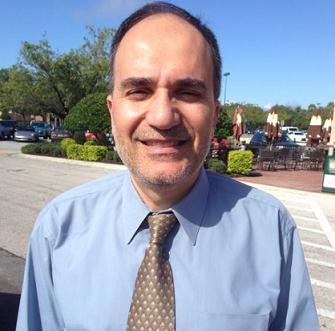 Fairyal Maqbool-Halim is a certified speaker with the Islamic Speakers Bureau for about 6 years, as well as the Speaker of the Year for 2015. She currently serves as the Speaker Liaison for the ISB and develops content. Fairyal has considerable experience with presenting all the ISB presentations and has prepared and presented several customized presentations as well. She speaks frequently about cultivating sustainable relationships between local American-Muslims and the wider community. With extensive work experience in the area of human rights, she serves on the board of the Women's Interfaith Network.  Fairyal holds a degree in Biological Anthropology from the University of Toronto.  Fairyal also helps educate parents about college admissions and helps high school students navigate the admissions process. Faraz Iqbal is a certified speaker of the Islamic Speakers Bureau and currently serves on the Board. He has a Bachelor’s degree from Pace University and a MBA from Fairfield University. Faraz currently serves as the COO of Naranga, a technology solution provider in the Franchise space.  He has been involved with various non-profit initiatives at the local and national levels with a focus on youth work for over 25 years. Faraz was involved with the chartering of Young Muslims and has served as its Board Chairman. He has been teaching at the Roswell Community Masjid for 10 years and is a former Board Member. He is married with 4 kids, a cat and lives in Tucker, Georgia. 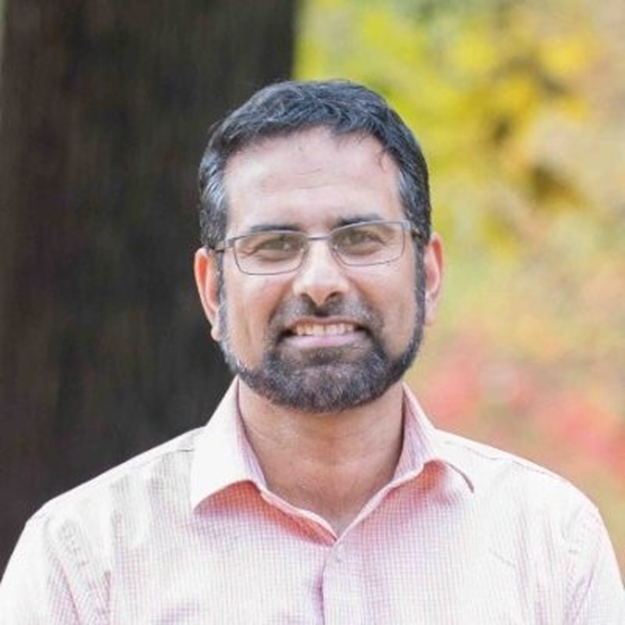 Nabile Safdar has been active in interfaith work since  attending a Catholic High School next to a Jewish Community Center, bringing together teens from these faith traditions for dialogue.  This work continued for years in Maryland as one of the speakers and presidents of the Baltimore Interfaith Outreach Council, based at the Islamic Society of Baltimore. He joined ISB Atlanta in 2014 as a speaker, board member, and content author.  With a special interest in the intersection of healthcare with his Master’s thesis being an "Exploratory Assessment of the Beliefs of Maryland's Muslims Regarding their Health Needs and Barriers to Access."  He is currently the Vice President of the Islamic Medical Association of North America, the oldest and largest organization of Muslim physicians in the United States. 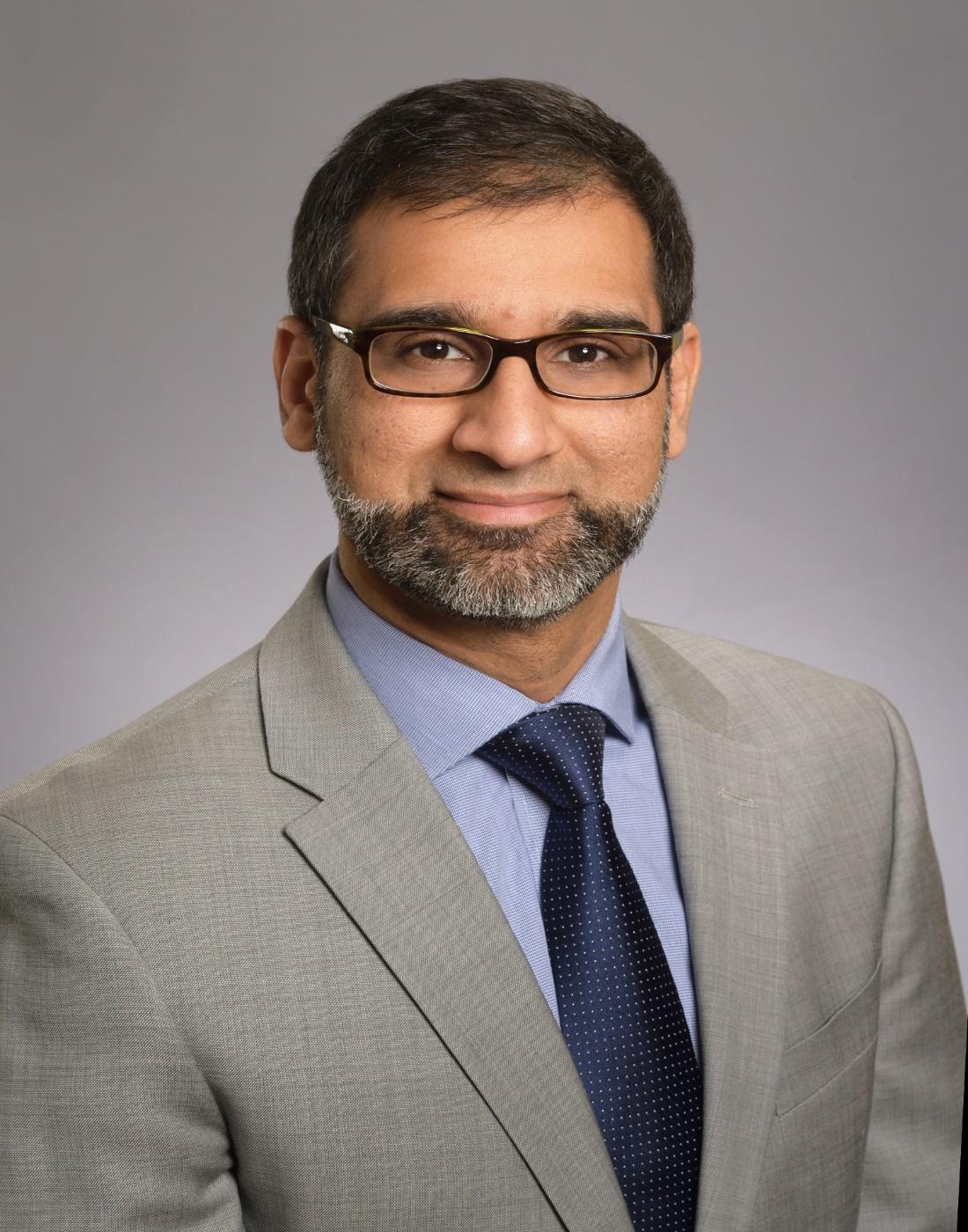 Noor Abbady has been a certified speaker with the ISB for over 10 years. She led new speaker’s trainings, certified and mentored new members to the organization. She took the lead on several ISB projects, the latest was co-founding the Interfaith Speakers Network of Atlanta. Noor delivered scores of presentations and cultural competency seminars, and was named the Speaker of the Year for 2013. An educator by profession, and currently a graduate student at GSU, Noor believes conversation is the only road towards more understanding and harmony between people of different faiths and backgrounds. Beside prayer, Noor pursues spirituality through playing the piano, running, carpentry, and painting. Noor is a wife and a mother of two amazing boys. 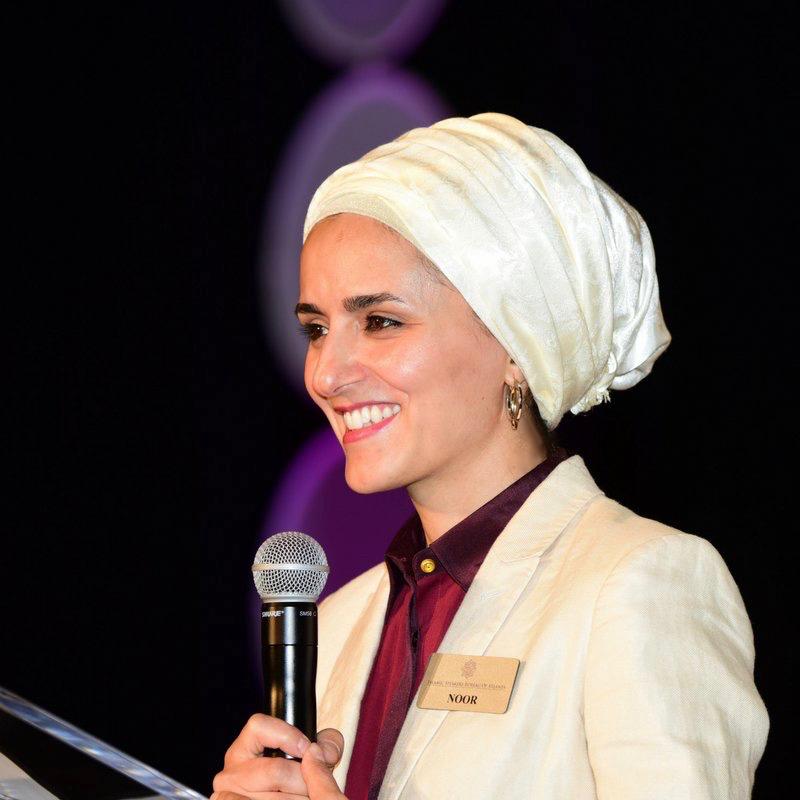 Rabeea Janjua balances her professional passion as an ophthalmologist, commitment to raising children with a strong American Muslim identity, and dedication to strengthening Muslim organizations through volunteerism.  She has been a speaker with ISB Atlanta since moving to the Atlanta area in 2014, with a strong interest in developing cultural competency for health care workers through ISB presentations.  In her spare time, she enjoys kickboxing and riding her bike. 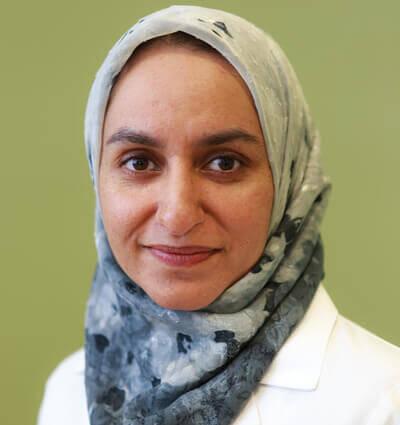 Reem Faruqi is the Communications Director of the Islamic Speakers Bureau of Atlanta. She schedules presentations for the ISB and creates content for monthly newsletters. Reem was an ISB Member of the Year for 2015. She is also a certified speaker and enjoys presenting the ISB Children's Program. Reem holds a masters degree in Early Childhood Education from Georgia State University and worked as a teacher for Fulton County Schools. Currently, Reem is a children's book author of Lailah's Lunchbox and family photographer.  She lives with her husband and three daughters in Atlanta. Sarah Ghalayini  joined the Islamic Speakers Bureau in the spring of 2017. She is a student at the Georgia Institute of Technology studying chemistry and biomedical engineering, and doing research in nanomedicine. At Tech, Sarah has helped establish diverse programs and organizations to improve the experience of students new to campus. She is passionate about justice, and is actively involved in mentorship and tutoring programs geared towards underserved communities. She speaks Arabic, English, French, and Spanish, and is learning Hebrew. Sarah enjoys reading and spending time outdoors. 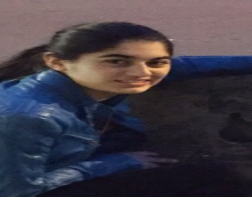 Salma Stoman has been a certified speaker with the ISB since 2008 and earned the ISB Speaker of the Year Award in 2011. She tailors each presentation to her audiences and has presents often in educational and religious institutions. She believes strongly in the power of knowledge, truth, and in giving back to the community. She is active with youth organizations and serves on several academic and religious committees. She holds a Pharm.D from Mercer University College of Pharmacy and works as a pharmacist. 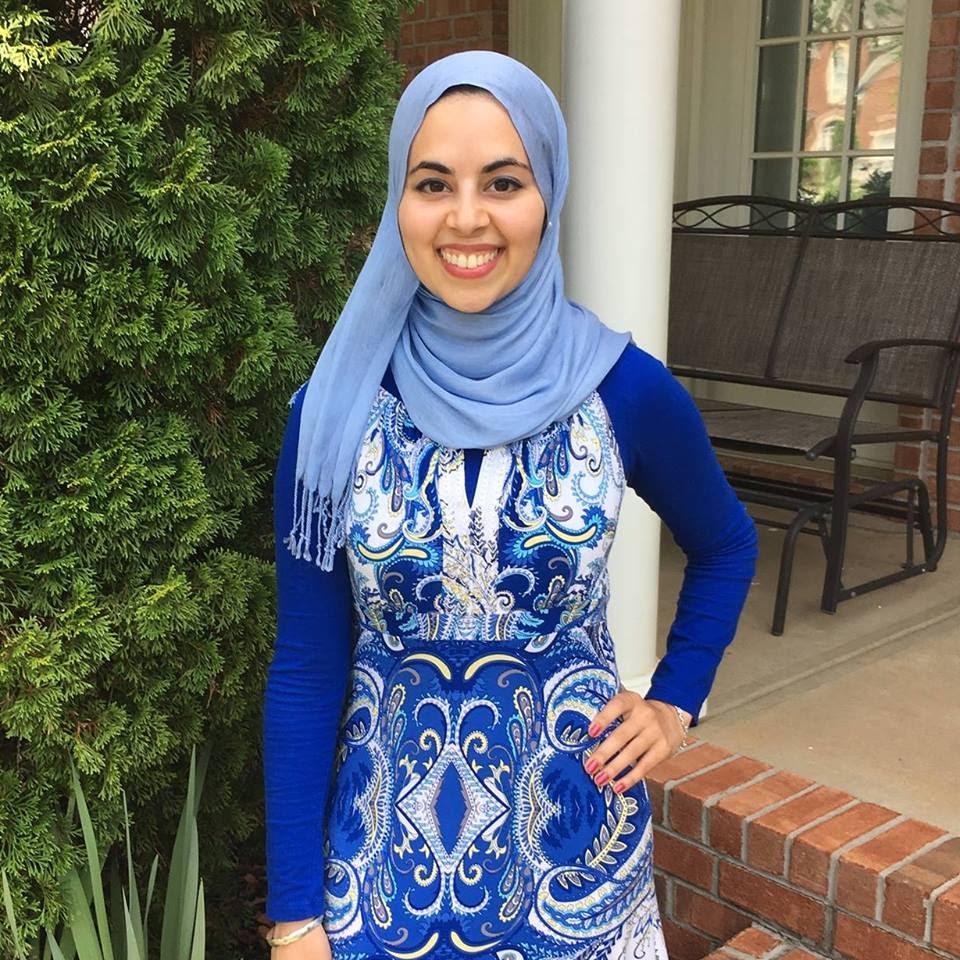 Shaheen Bharde has been a member of the Islamic Speakers Bureau since 2012.  Shaheen has also been involved with volunteering at the Roswell Community Masjid for over 10 years. She currently chairs the Public Relations Committee and works with many local businesses and interfaith organizations to build bridges with the larger community. Shaheen also serves on the Governing Board at North Fulton Community Charities heading their advocacy. She serves on the faith advisory board for Fulton County Schools, as well as on the Pastoral Advisory Committee at Children’s Healthcare of Atlanta. Shaheen has been featured in ISB's Women’s History month in 2014 and recognized in 40 under 40 Georgia Muslims in 2016. 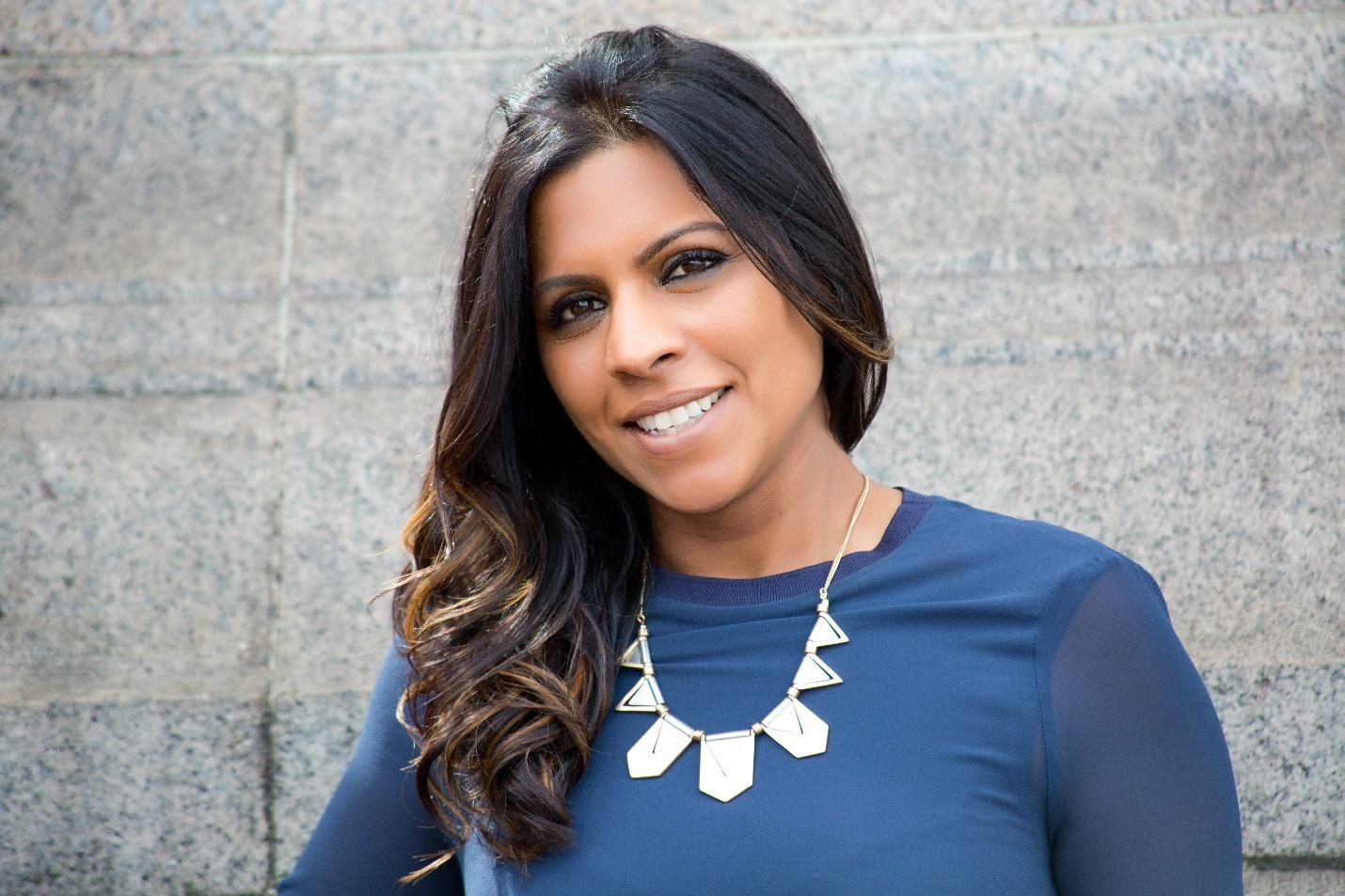 Sophia Jetpuri-Naviwala is an educator for 14 years, now joins the Islamic Speakers Bureau, with aims to build bridges and cultivate understanding. Sophia brings two years of international experience working with interfaith programs, in which he has customized, developed and curated outreach and awareness programs.  Sophia currently works to mentor principals and teachers, providing strategies for school improvement and student success. She holds double masters in Education and Leadership, along Curriculum and Instruction from the University of Texas at Dallas. She resides in Atlanta with her four children, with whom she hopes to raise civic awareness and foster positive global awareness. 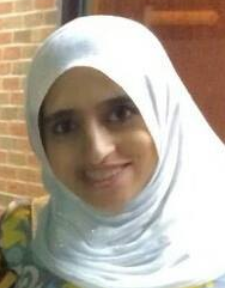